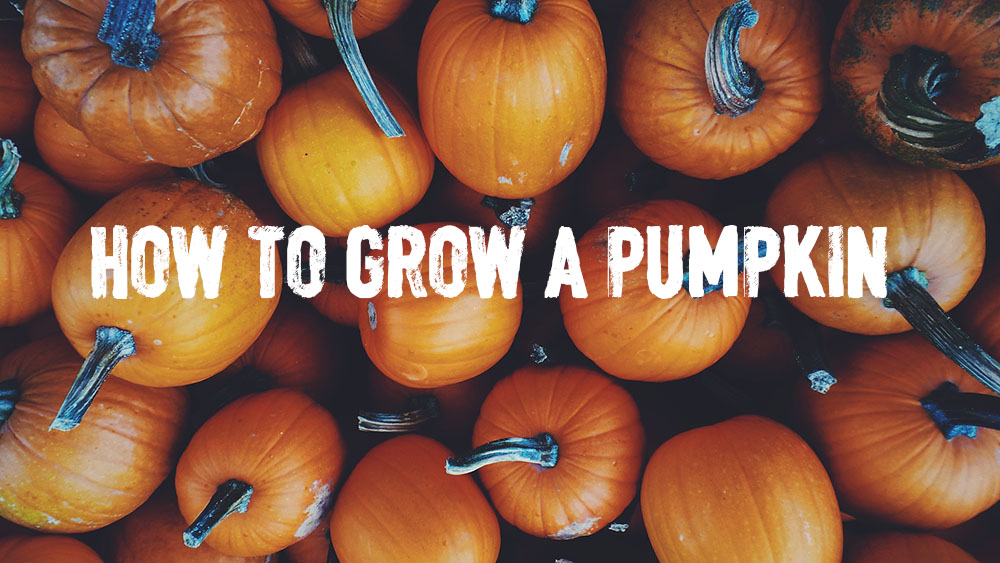 How To Grow A Pumpkin

How To Grow A Pumpkin. Autumn is in the air and Halloween is just round the corner. Pumpkins are starting to make appearances in shops, be they fake or real.. you can’t turn without spotting pumpkins. It’s times like this I think, I WISH I’d planted a pumpkin this year. I thought i’d share with you how to grow a pumpkin…. which will be ready for next year (obviously).

Not only do we use pumpkins for Halloween, but they’re also super tasty and can be used in LOADS of beautiful recipes. So, how do we grow this fantastic fruit (yep, fruit!).

Sow the seeds in pots with compost Mid-Late April. Sow the pumpkin seeds in pots about 3inchs down.
Note: this will mean an early crop.

If you do not have room raise from a seed you can purchase young pumpkin plants from garden centres that can be planted outside straight away.

Dig down around 1 inch and sow a couple of seeds late May. Cover with either Jars, plastic or weed control fabric. Leave for a fortnight, or as long as you can.
Trim the seedlings and leave the strongest. 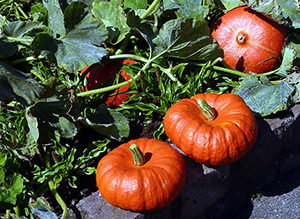 Ensure you pick a sunny and sheltered spot. Prepare the hole two weeks before planting outdoors, make holes 6ft apart. Make the hole a spade’s depth, width and height and fill with manure or compost and lay a layer of weed control fabric leaving a hole for the seedling(s).
Protect your seedling with mulch and feed with a general fertiliser or tomato plant food, not forgetting to water throughout the growing season.
If you’ve decided to grow a large variety pumpkin, then use a wire or bamboo to train shoots.
You only want to keep around two or three fruits on the plant, so regular trimming is suggested.
Fewer fruits on the vine mean more energy to the fruit. Trim its leaves for maximum ripening. 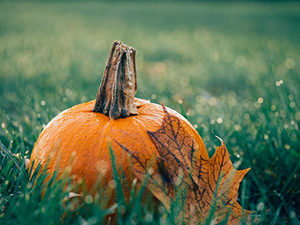 How to avoid common problems when growing a pumpkin

Leave the fruit as long as you can but cut before frost strikes.
If you’re storing your pumpkin leave it in the sun to harden.

Why do we use pumpkins at Halloween?
Well, there are many stories about why  we use a pumpkin at Halloween. From religious stories, storied of tricking the devil.
However, what is known is that the idea originated from Ireland where people would carve crude faces into vegetables during Autumn celebrations. Carving out the insides and placing a light inside. Using the lights to “guide good spirits” to their homes.